On behalf of a client Direct from Ireland. Price includes delivery to your yard. Falcon who is believed to be by Woodman/Woodpass TB line and her dam was by Colin Diamond but this is not recorded. Present owner bought her from her breeder though so breeding is genuine and she has a white passport.
9 year old chestnut mare,16hh who has done everything from dressage to hunter trialling. Present owners are not very competitive so they haven't done any serious showjumping but she has plenty of scope and potential. She really shines at cross country and was at a hunter trial yesterday (17th March) and went clear. She is a machine at X-Country, Hunting and Hunter trials and really enjoys it. She has no vices, although can be ticklish to groom and she's good to load, travel and clip. Absolutely no vices or lumps and bumps, a real sweetheart to do anything with.
Falcon has never been shod! Her breeder never shod her as they believed in keeping a horse's feet hard but she is quiet with the farrier for trimming and has never been lame.
Falcon has been regularly hunted and although always ridden in a cheeked snaffle, she can get strong out hunting so wouldn't be a beginner ride, but she'll settle anywhere in a group; prefers being at the front because she's naturally quite fast but she will ride at the back as well with no problem. 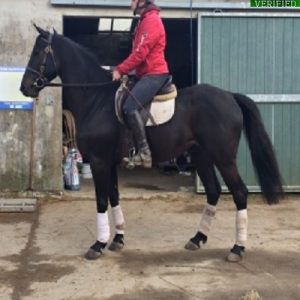 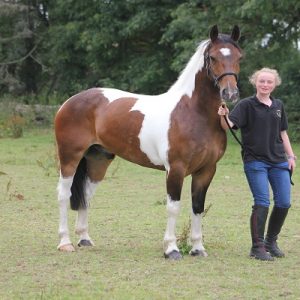 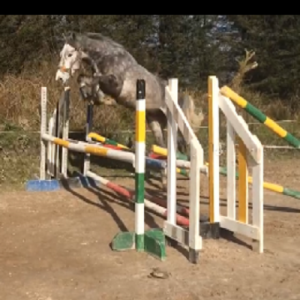 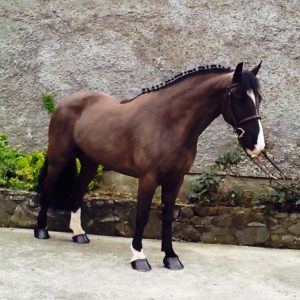